Sally Kenneth Dadzie is a writer, a blogger, a wife, a mother, and an Okadabooks bestselling author. She’s also been named one of Nigeria’s most influential writers under 40. In 2017, she won the award for ‘Fiction Writer of the Year,’ at the Nigerian Writers Awards. When she’s not writing, she teams up with her husband to help people find and express the power of their sexuality.

In a time where people are just opening their minds to the great potentials being a writer and author holds, Sally is glad to have a family who supports and encourages her writing.

But Sally really didn’t think she was going to be so involved in writing until she completed her first movie script in 2005. It was a first time, and according to her, it felt good. “I said to myself that I could see myself doing this for life. But I didn’t start writing until years later,” Sally said.

Being a voracious reader, it is true that a lot of authors, even those whose works she read in her childhood, have in one way or the other influenced Sally’s writing and choice of career today.

The title of her first ever published book had to be Fish Brain Madhouse. The last of the Fish Brain Series. It is a book Sally started writing because of personal reasons that restricted her from pursuing her day job at the time. Sally pointed out that writing this book was more of a hobby at the start, than a writing business.

Other books she has written include: In The Name Of Papa, It’s Another Saturday, Novocaine Knights, His Little Black Book, The Fourth Finger, No Heart Feelings, To Tame A Virgin and The Fish Brain series.

The events in her stories are sometimes a mixture of real-life experience, with fiction. It could be her own experience or someone else’s experience. This is so because according to Sally, “People inspire me always.”

Contrary to what some of you think, Sally has said, “writing is my day and night job.”

Sally works (writes) mostly at night. Daytime too, but not as much. She writes every day unless she or a family member is ill, or she’s too busy with something else that’s equally important.

In a country like ours where the society hasn’t fully embraced writing as a full-time job unless one is working in a media company, Sally’s case is indeed different. She gets supporters all the time. There are people who read her work(s) and feel they have to send her something to support her writing career. Some of them pay ten, twenty times the amount for one book. Apart from fans, she has had support from her former bosses in terms of financial assistance and marketing.

While some people cry out against social media, as they see it to be nothing but a dangerous tool in the hands of jobless, and/or wicked people,  Sally has used it skilfully to her own advantage. She has used it to build her audience and market herself so much, she’s become one author you must mention when you talk about contemporary Nigerian authors.

She says, “I love social media. Yes, there’s that thing called addiction, but I use it to my advantage. My fans keep increasing on the daily, and I also get to sell more books via networking and social media advertising tools.”

Sally Kenneth Dadzie explained that she has had a couple of experiences with our local publishers and the offers have been disturbing. She says, “I make a whole lot more from OkadaBooks. You see the thing with our people here is that they are refusing to catch up with the age. People still feel like if you don’t have a paperback, you are not an author or you have not arrived. And so you see misinformed writers doing everything and spending ridiculously to have their books published, just to be hit with miserable sales, no ROI (Return on Investment) and ending up depressed.

She went on to explain that “the world has moved to the digital age. It’s not that Africans don’t read; it’s that they have evolved with their reading culture and the publishers are yet to catch up. A lot of them are still stuck in the past. Go to a public place and check how many people are reading a novel. Now, check how many have phones in their hands. If we can put books in those phones, then we are dealing with the problem of Africans not reading. The other day a friend got over a thousand downloads of an audiobook in less than two days. People preferred it to an EBook. This goes to show how fast paced we’re becoming as a people. Publishers need to evolve, and they need to think forward.”

Sally, now ignoring the ridiculous offers from publishers brought her books on to OkadaBooks and since then, has not looked back. Each book creation and publishing process has been an experience for her. However, she said, “…if I was to pick a moment, I would talk about how easy and quick I always get to publish my work on OkadaBooks.

Apart from the ease of publishing, Sally prefers Ebooks because they are faster to get and more easily accessible. Cheaper too. She insists, “some people love paperbacks because of the sentimental value attached to it. There’s something aesthetic about flipping pages of your favorite book((s) and inhaling that vintage paper fragrance. But when it comes down to our pockets, how many people can constantly bring out the money needed for those books when they can get them cheaper in EBook form? Some of those paperbacks are not even readily available. You have to go searching for them”.

In her advice to young writers, Sally says, “I’ll always say this: Keep writing. Keep reading. Keep researching. There’s nothing you will write about that has not been written before. Make the story yours and find a new angle to it. Invest in your art. Don’t cast aside marketing. It’s as important as content.”

To her readers, she says, “they say the most amazing, tear-jerking things to me. I have touched many lives through my work without even intending to, and I get constant feedback. It’s good to know that halfway across the world, I can give hope and laughter and a good night’s rest. I love you guys. You know I do. Thank you for the support. God bless!

You can connect with Sally on:

How To Withdraw Your Funds On OkadaBooks 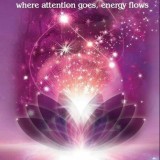 She also specializes in helping authors, who want to start and grow their reader base through consulting sessions. Check out her novel “Strange Man at Iri” on Pelleura